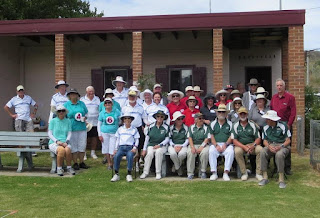 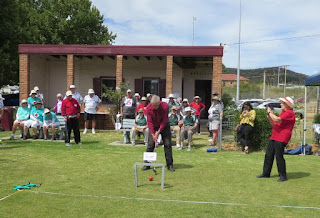 Two years ago, as a thunderstorm raged around them, the Lithgow players were pondering suitable names for their team. Lightning was a natural choice and, as the number of players grew, teams Thunder and Storm joined the list.
So it is fitting that this year's competition should have gone out with a bang. Forecast storms circled around the town throughout Sunday but all games were completed – until the final was due to start!

It had been a great tournament until then. Seven teams took part; one each from Canberra and Newcastle, two from Epstars and three from Lithgow. We played a round robin on the Saturday With not enough time to play a second round robin we played a modified seeded double elimination knockout on Sunday 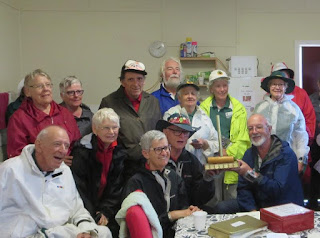 The round robin was very even, one team on 4 wins, 5 teams on 3 wins and one on 2 wins. The knockout provided some interesting games and finally the two finalists were decided – Canberra and Lithgow Lightning. But as we prepared for the final, thunder and lightning descended and a discussion took place between the two teams who agreed that the last game should be abandoned and a draw declared.
Pictured here are the members of the two winning teams, Canberra and Lithgow Lightning.

The Lithgow Mercury gave us fantastic coverage of the event, as you can see here.