Newspaper Article from 1994?: History of the Lithgow Croquet Club

Exert:
Lithgow President Hilda Kerrison handed the Mercury this clipping from the Blue Mountains Gazette and it explains this traditional game.
"Most people know the game of croquet from Lewis Carroll's 'Alice's Adventures in Wonderland' where the balls are live hedgehogs, the mallets live flamingoes and the hoops were soldiers who had to double themselves up and stand on all fours.
"The play was chaotic, particularly when these live piees of equipment moved and walked about and the players were very quarrelsome and likely to be ordered by the Queen to have their heads cut off.
"This portrayal does nothing for the image of croquet (and it's players) and games are more orderly. Although some players do go onto the lawn to do battle and occasionally it is said by some players hoops have moved just as their ball approaches it!
"The game of croquet has been likened to a cross between billiards and chess played on a large lawn surface requiring tactics, strategy and concentration." 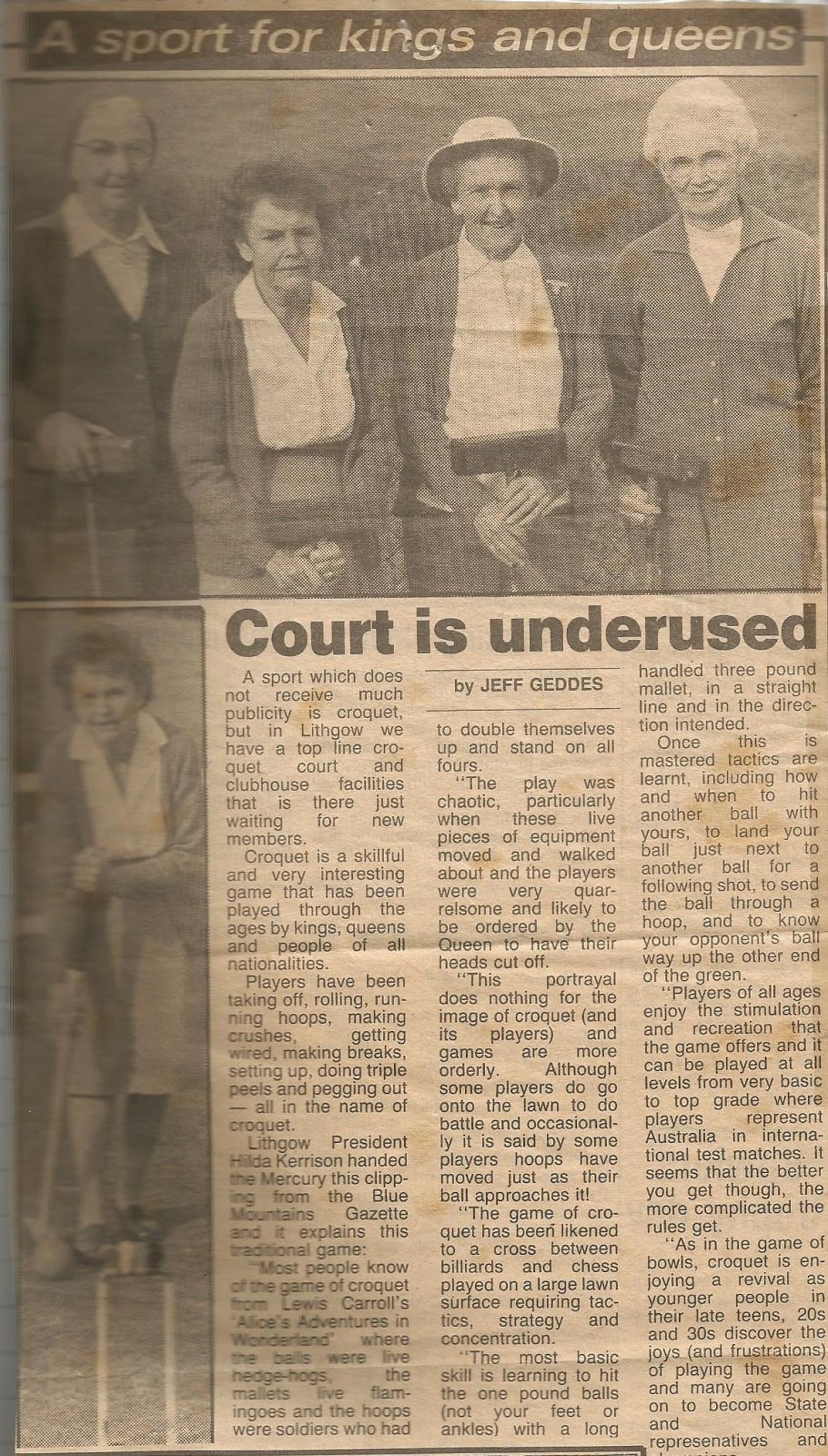 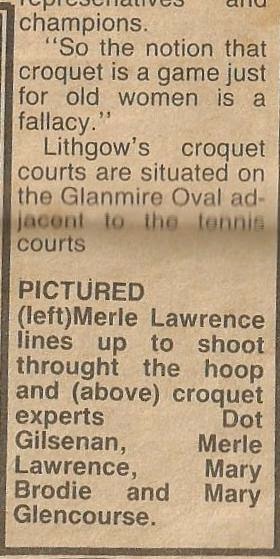