Newspaper Article from 1965: History of the Lithgow Croquet Club

From the Lithgow Mercury:
A cross between Billiards - Chess: Article on the Lithgow Croquet Club 10 years after its formation (11.6.1965 p.1 c.5) 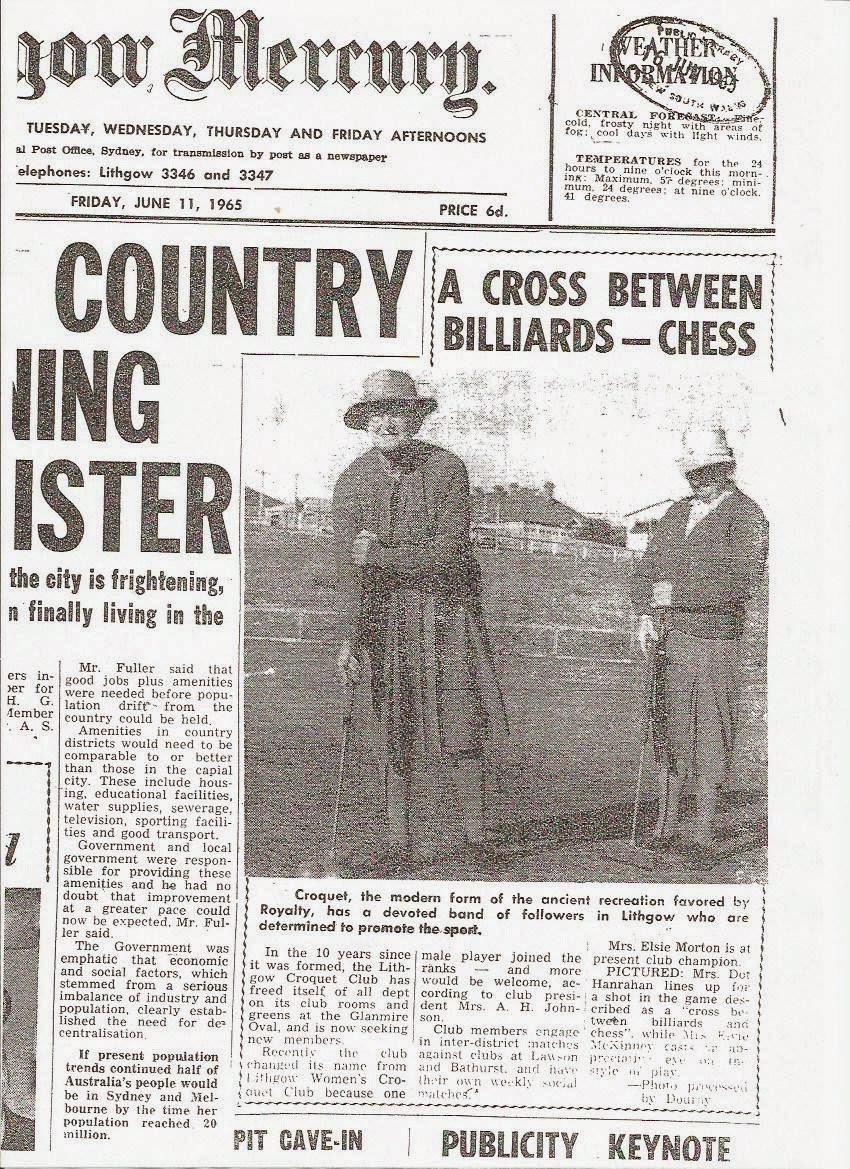 A CROSS BETWEEN BILLIARDS - CHESS
Croquet, the modern form of th ancient recreation favored by Royalty, has a devoted band of followers in Lithgow who are determined to promote the sport.

In the 10 years since it was formed, the Lithgow Croquet Club has freed itself of all debt on its club rooms and greens at the Glanmire oval, and is now seeking new members.
Recently the club changed its name from Lithgow Women's Croquet Club because one male player joined the ranks - and more would be welome, according to club president Mrs A.H. Johnson.
Club members engage in inter-district matches against clubs at Lawson and Bathurst, and have their own weekly social matches.
Mrs. Elsie Morton is at present club champion.
PICTURED: Mrs Dot Hanrahan lines up for a shot in the game described as a "cross between billiards and chess", while Mrs Elvie McKinney casts an appreciative eye on the style of play - Photo processed by Douroy